In the last years science and research have increasingly contributed to and created the knowledge of the emergence concept of the “animal” concept in evolution of life. The details from various research approaches have been puzzled together meticulously. They have reached now a state at which some paradigms are at the verge of breakdown to be replaced by new ones. Kind of these culmination points in the history of medicine development have been observed in the past for several times when the density of convincing elements becomes critical. Emergence then causes emergency regarding the preservation of what everybody believed before and was held as true.

The microbiome revolution has brought us to a point of understanding of what is happening in medicine and health management so that we are running either against a conservation wall of unwritten dogmas or dare the look to the new, the hardly believable but opening the window of opportunities for health achievement in another revolutionary way. 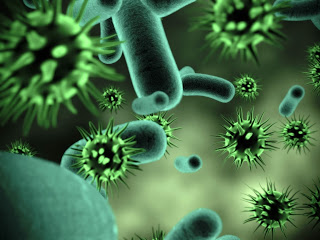 Terms like “rehabilitation, recovery, regeneration, recuperation, healing” all get a huge wake up call and seem to lose their value as being discerning terms for capturing the phenomenon of simply just balancing an organism for to live its full functionalities. In parallel have some magic words become fashionable in the recent past, like “integrative healing”, “holistic medicine”, “alternative medicine”, there is more of this... Those seem to start a career now as having been fragmented perspectives and always competing vehicles, some of them highly ideological, posing as temporary mind crutches for to explain the obvious systemic and holistic construction of the animal. Man is part of the animal world, but as man displays much more different diseases and imbalances in his state of “health and well-being” compared to other, “older” animals we have to deal with man as still a fragile, but on the other hand quite flexible experiment of evolution.

If we put away for a moment all explanation given by religions why man is here on earth and count together just what we can see that happens with and without the extended eye of science, then we are close to accept that the microbiome is not only the driving factor of evolution and but also controls the life of a single human being. Maybe the microbiome totality together with the genome which it occupies is the “corporate identity” of a given single individual? So the person is a framework, a corporation, of about 180 and more different microbes which have not changed the principle of their life granting metabolism? They just may have found a morphological hull which determined by genes creates the animal and allows them to live in- and onside in peace and comfort regarding what their individual and integrate metabolism requires? So our will and mind, our behavior our replication patterns and sex behavior all being determined and ordered by the hidden society of microbes in us? Because they want to survive? In the end the so called primordial soup would have done nothing more than to create a structure and protective dress around their own symbiosis and optimized it over the time. Yes, could be.

And then: who am “I” and who are “you”? Apart from the fact that these words are used professionally by psychologists and philosophers, we are confronted with a very new spin and paradigm for the explanation of the animal´s life.
If this microbiome explanation concept for life gets more substantiated we will see a lot of irrational resistance by the so called human sciences which, as they always did in history, will run behind the facts created by natural science …

Several decades now since the 80´s scientists where happy with the PNI concept to explain the interconnections for internal health management of the human body. The mechanisms and dynamics associated with it in order to regain a homeostatic balance to which niche of phenotypic outcome whatever -  but still alive at least and preserving the essential functionalities of the organism as good as possible. With the detection of many and powerful molecular communication pathways inside of man, interacting closely with the microbiome, central nervous cell system, immune regulatory functions and even the genome, the pure PNI based concept seems to be too small: it needs to be expanded tremendously and looked at with the eye of the microbiotic phenomena.
When trying to do a “gentle” attempt to bring the life of microorganism together with the animal concept in evolution, one cannot exclude a scenario in which we are just the habitat which was created by our, up to 180 (?), friends within us to make their living and replication perfect. The “animal” is just the vehicle, the useful idiot. And as the “house of the living germ society” –  we are going for replication with species partners, of course it needs to be avoided that the genomic and microbiomic entities of the sex-having individuals are not too far away from each other and we can expect as offspring a “model” with somehow enriched, altered microbiomic societies, but good enough or even better in controlling their survival again. How does the microbiome of an individual communicate inter-individually, means for example with other potential sex partner, is under detection as well and one of the most revolutionary aspects in the game. Before the gene is allowed to merge with another gene, many behavioral, immunological and humoral mechanisms will have to create exchangeable memes in order to ensure that by interindividual communication the relevant interaction is allowed to take place – flirt, leading to fertilization.

By tradition we think that the channel of love is most important and that love is the key to make substantial changes in the world. In the light of microbiomics this seems to be a very effective evolutionary trigger in human societies. Human societies anyway can be regarded from now on as meta-societies on the ground of the individual microbiomic societies in each and every human being. That the microbiome is influencing mood and activity parameters should enough be to accept that the a certain microbiome pattern is also one of the reasons for certain political opinions and movements. Gut driven.

A strong and functioning, well trained, crisis-approved and “self-confident” immune system seems to be the fertile soil on which we can grow the concept of democracy even. Thus health is important for democracy.